Well, I did not perish. I should get that out first. Everything’s still ticking and I’m still experiencing the glories and travails of life with three young children and their spectacularly handsome father.

But, good gravy, has it really been five months since I checked in with you people? What have I been doing, you might ask, that might warrant such a hiatus? We did move to our home and I love it, love it, love it. I can’t say this often around Ana, who has been brainwashed by some well-intentioned mother to say things like, “Things aren’t important. People are important.” (Someone should tell that mother to STOP being so preachy.) But secretly I love it and I love our new neighborhood, our trees, our dear neighbors who brought us cookies and plants and little buckets of toys and Teddy Grahams for the kids. Mayberry, people! I am living the Andy Griffith Show!

So we moved. I’m slowly starting to brush off the gears in my brain because Operation Bonnet is set to release this February, which might seem like a long time away to you but we all know how productive I’ve been the LAST four months.

Here’s a glimpse of the fantastic cover. 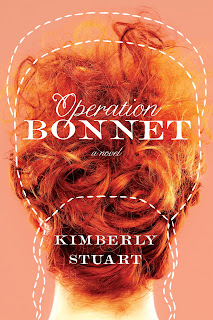 The Amish never looked so sassy. (Actually, the girl on the front is an aspiring P.I. who wants to infiltrate the Amish. More on that later.)

I’ll tell you one thing, though. There are a lot of things I HAVEN’T been doing the last few months. I have not been organizing my cosmetics. 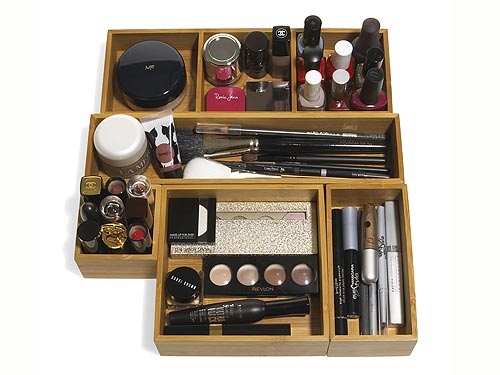 In fact, I realized yesterday I own one dried-up tube of mascara and an eye shadow that bears the tracks of Thea’s fingernails in a nifty criss-cross pattern. (*Please note, the above photo is courtesy of a Google search and not my own. I’m entirely unsure of what most of the items in this photo are.)

I also have not been learning another language, though my new neighbor speaks German and didn’t seem all that impressed with my “Du bist vie eine blume” (You are like a flower) from my undergraduate smart aleck days (I’m entirely over that phase). 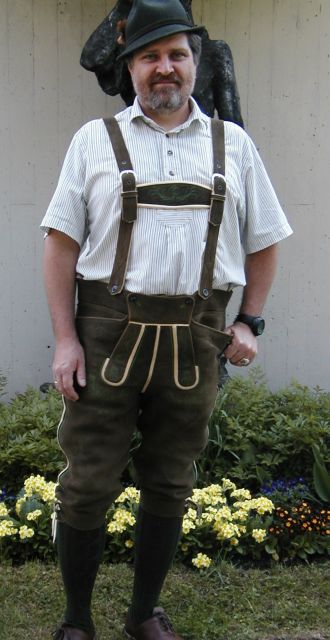 (*Please note: The man in the lederhosen is not my new neighbor.)

And finally, I have not been doing this:

Having myself photographed in the nude, holding a large designer handbag and petting lion cubs. I saw this ad in the paper yesterday and asked Marc why no one had asked for me to take a photo like this. He looked up briefly from his Grape Nuts and shuddered. I’m not taking that personally. Instead, I’m getting back to blogging. If my husband can’t banter with me about lion cubs and Julianne Moore, I know where to find like- minded souls.